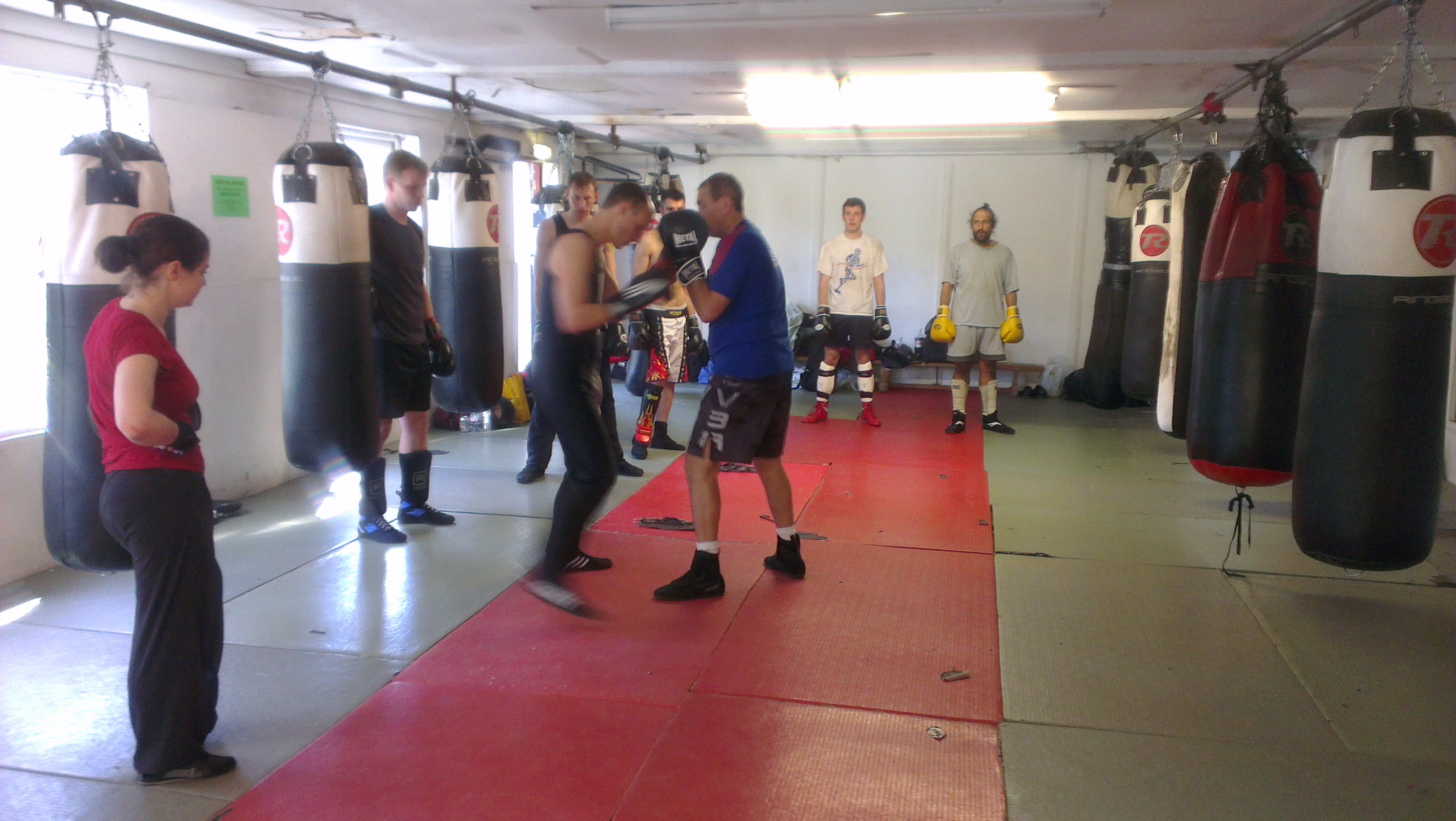 The GBSF Savate Boxe Squad and selected advanced students were very fortunate to spend the weekend of 19/20th April training under Richard Aguenihnai in the Maximus Boxing Gym, Frimley.

Richard started training in Savate in 1978. He was on the French combat team for ten years, during which time he won the French Championship six times, and he won two European championship titles. Richard has been one of the French national team coaches for twelve years. He began training the junior team, and has been responsible for the senior team for the past eight years. He has also been in charge of Pole France in Toulouse for the past twelve years, teaching high-level athletes in their professional studies.

The seminar focused on footwork, organisation, and techniques that were designed to be effective and applicable for combat as well as assaut. The seminar was highly informative and extremely motivating, and we are very grateful to Richard for donating his time and experience to training us.

After the seminar we treated Richard to a slap-up Carvery, at which he experienced Real Ale and Yorkshire Pudding for the first (and quite possibly last) time.