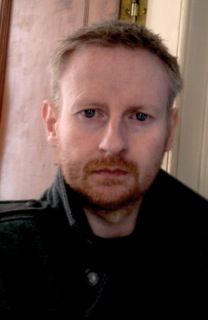 Andrew is a lifelong martial artist who was introduced to martial arts at only 7 years old in the East End of Glasgow (Shotokan Karate). At ten his father introduced him to boxing and by the age of 16 he had studied and graded in several martial arts including Karate and TaeKwonDo. Whilst studying at Glasgow College of Nautical Studies in 1989 (aged 17) he was introduced to Savate by a friend’s brother who lived in Paris. At that time there was no formal Savate clubs in the UK and Andrew wouldn’t experience Savate again until as a student in Jeet Kune Do concepts in 1992, although it was clearly taught very differently.

In 1997 Andrew and his wife Natasha moved to the far north of Scotland to take over a medical practice, where Andrew set up his own martial arts group, coaching mainly mixed martial arts. Over the years Andrew incorporated some Savate techniques into his martial arts club structure and retained an interest in Savate. Andrew and his family moved to Keith in Moray in September 2013 as his wife took over a new medical practice and Andrew decided to leave behind the NHS.

Andrew decided it was time to revisit Savate coaching and decided to undertake training with the GBSF. Subsequently Andrew has set up Savate Scotland and looks forward to developing Savate in Scotland, and furthering his links with the GBSF. Andrew has a keen interest in heart rate variability in training along with biomechanics and mobility, and incorporates modern sports science and psychology into his training and coaching.

Andrew also runs his own media production company and is a Visual Effects Artist and Compositor and independent film maker (filming on his Red Epic Camera).Andrew is married to Dr Natasha Usher (GP at Aberchirder Surgery) and has a son Nathan. Andrew coaches junior Savate at his son’s school and is looking to set up more classes in Keith and the surrounding areas.