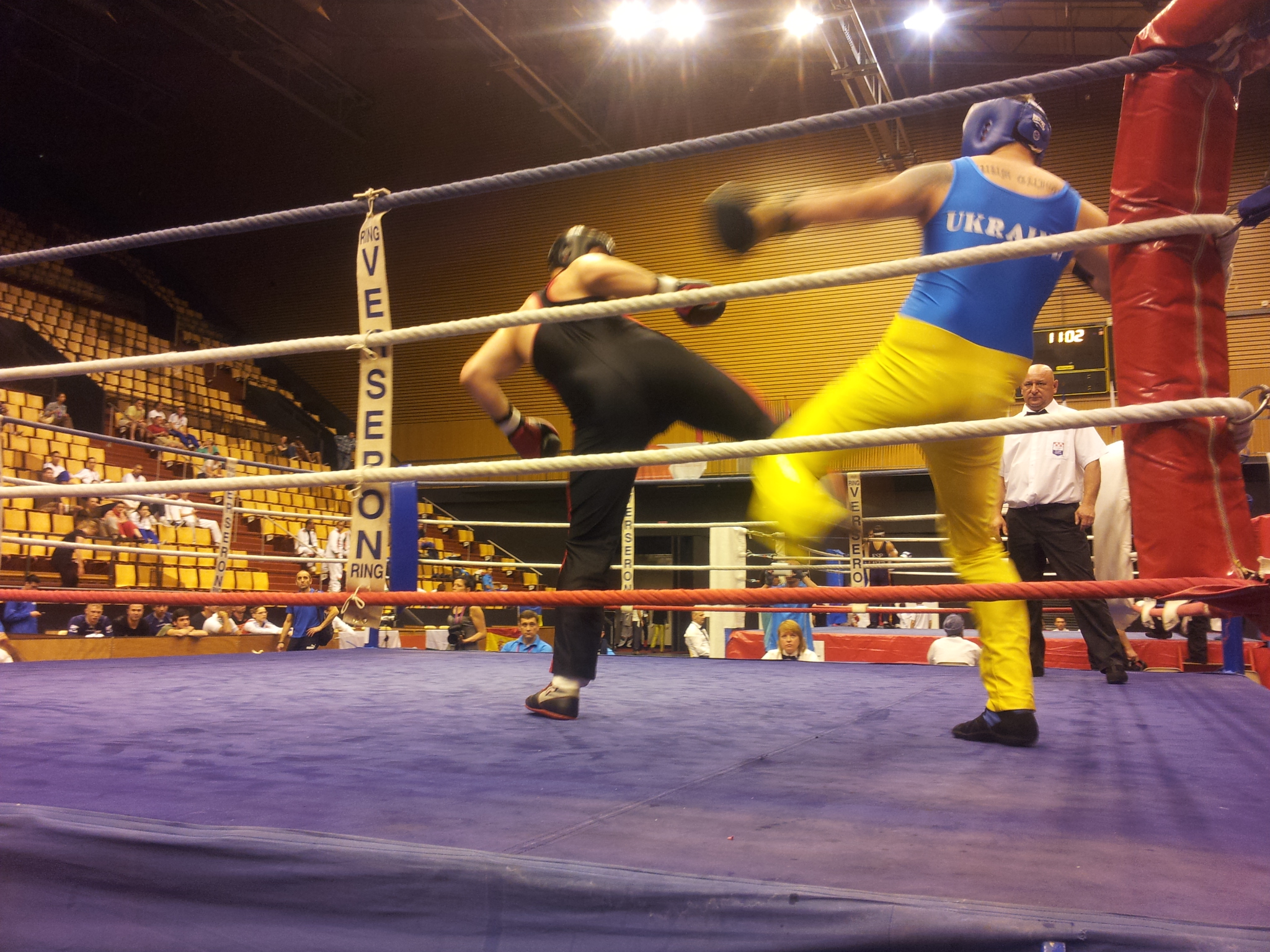 Great Britain sent one fighter, one coach and one official to Clermont-Ferrand, France early in June 2013 to participate in the World Championship Eliminations 2013 in Savate Combat. Despite not winning his two poule matches on the first day, Judah Wheeler fought bravely against opponents of a high calibre. Jasbir Nagi displayed excellent refrereeing skills as the third man in the ring in some fast and furious bouts. My input, in contrast, was far easier as coach, cornerman and Head of Delegation.

As a nation, Great Britain has less experience in Combat, having built its fighter base around Assaut to date. After a pre-tournament injury to team member Tony Crossman, it was left to Judah Wheeler, fighting in the men’s heavyweight division, to counter this imbalance. On the first day Judah fought a close bout against a bigger Ukrainian. Despite receiving a lot of kicks from our man, the decision went to the Eastern European. In the afternoon Judah met an accurate-hitting Italian. After two rounds of heavy punishment to the legs, Judah needed to withdraw, but not without landing a spinning revers to his opponent’s head.

Jasbir Nagi was regularly called upon as referee across the two days of competition. His extensive arbitrage experience in Assaut was in clear evidence as he navigated some difficult bouts with a sharp eye and strong authority.

Across the trip we joined forces with our friends from the Canadian delegation to form ‘Team Commonwealth’ and to share moral support, language exchange and camera/beer holding duties.

Nestled under verdant mountains, Clermont-Ferrand was an excellent venue for our competition. We thank FISav and the organising committee for making the event happen. Well done to all concerned. Good luck to all the finalists later in 2013!