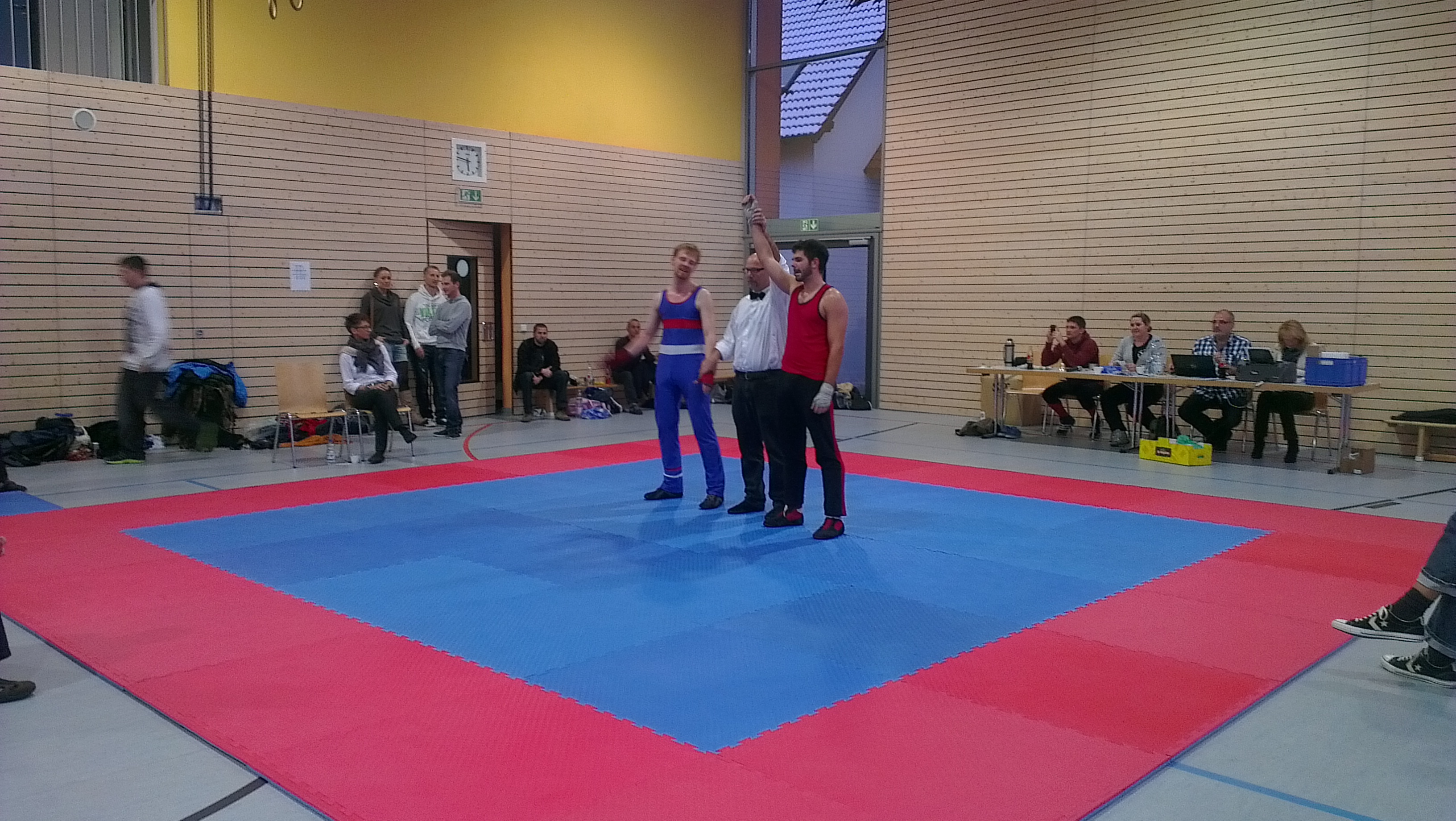 On 27th October 2012 three members of the GBSF ventured over to Schorndorf, Germany to the Halloweenturnier competition hosted by Savate-Club Buhlbronn e.V, led by Ari Papadopoulos. Judah Wheeler (M 85kg+), Tom Handley (M 75-80kg) and Siân-Marie Clark (F 52-56kg) all fought well, against a range of opponents from World Silver medallist to novices. Overall they won one Gold and two Silver medals!

Judah had one fight, against 2010 World Silver Medallist Paul Hibbe, which he lost and thus gained Silver medal in his category. The fight was a tough one, with Judah being unaccustomed to fighting an opponent even taller than him. He put in a variety of good spinning kicks, clearly showing his technical ability throughout the fight.

Tom fought 4 fights overall. He had 2 pool matches, easily winning his first by unanimous decision against a novice, and then drawing the second against a more experienced opponent. He went through as the first in his pool to the semi-finals, and met an opponent whom he defeated with ease in another unanimous decision. In the final he met Jörn Grunewald, a member of the German International team. Tom fought very well and, although losing the bout and thus winning the Silver medal, managed to sweep Jörn on multiple occasions!

Siân had two fights, both against less-experienced individuals than herself. The first fight was at the upper end of the Assaut contact limit, forcing her to utilise all different types of strikes and movement. The second was an easier fight, allowing Siân to show off some spinning kicks. Winning both of these fights with a unanimous decision put her at the top of the podium, winning the Gold medal.

Huge thanks go to Ari Papadopoulos for organising a fantastic competition and for the invitation to British fighters.

Fights can be seen from Sian-Marie Clark’s and Judah Wheeler’s YouTube channels.