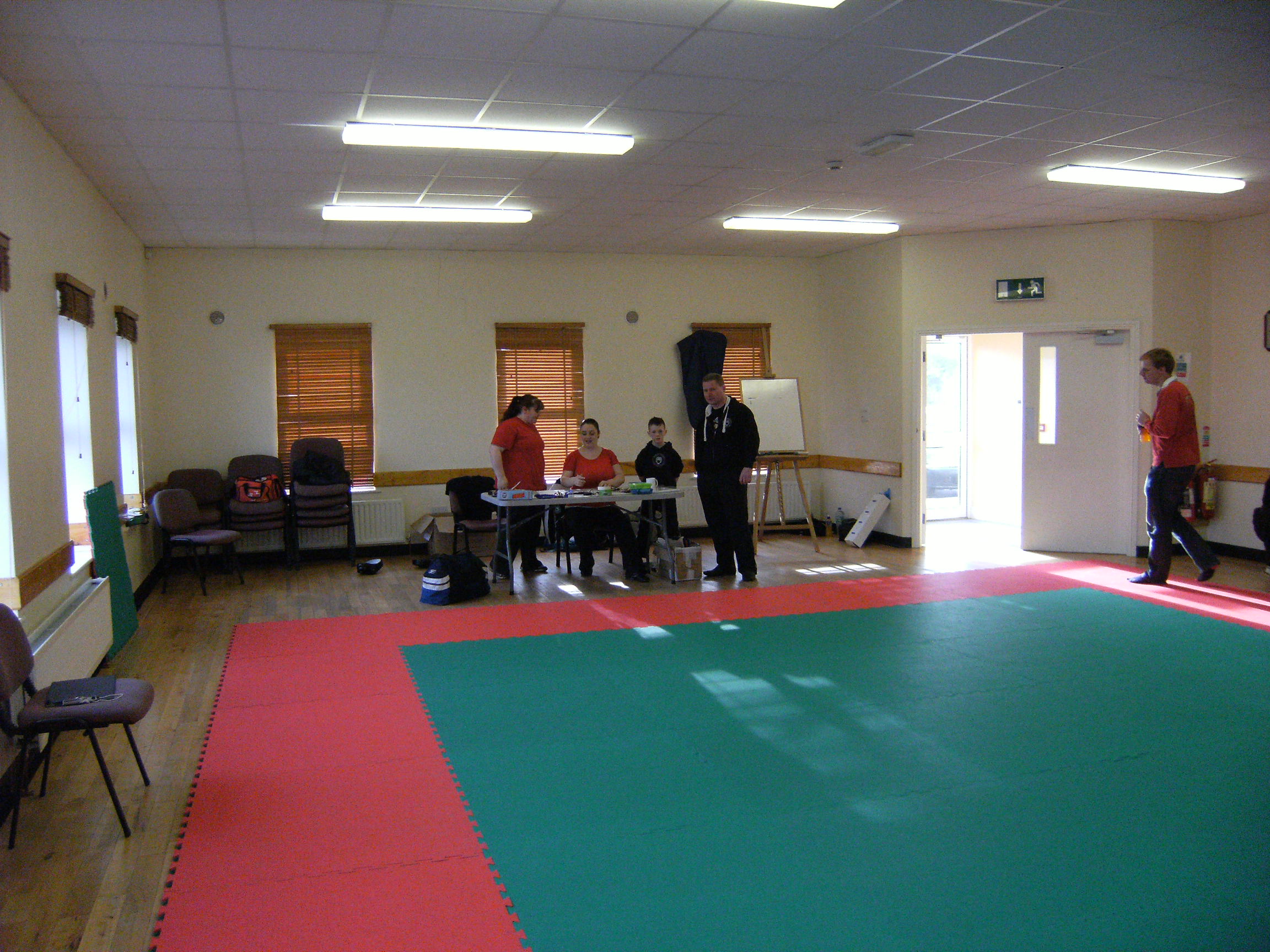 The GBSF has a good relationship with Savate Ireland. On several occasions Savate Ireland have travelled to the UK to attend and support our events. We were lucky enough to be asked to return the favour. And so, a small contingent of seven GB fighters flew to Ireland for a competition on November 24th 2012, hosted by Savate Ireland and White Tiger Martial Arts.

From the point of landing, we received great hospitality, and were chauffeured by White Tiger members. At the competition venue, we were greeted by the other fighters, showing a strong turnout from Savate Ireland.

The competition ran smoothly, with a great atmosphere, and good-natured fights throughout the day. Sian-Marie had her first stint at international refereeing, making sure that no fighters strayed form the straight and narrow. Everyone was guaranteed at least two fights, with the GB team putting in some good performances. The GB team had 3 fighters making their debut on the international circuit.

Afterwards, Martin and Lorraine O’Malley of Savate Ireland took us out for a meal, and allowed us to sample some of the finer aspects of life in Ireland.

GBSF would like to thank Savate Ireland and White Tiger Martial Arts for their invitation, hospitality and a great competition.